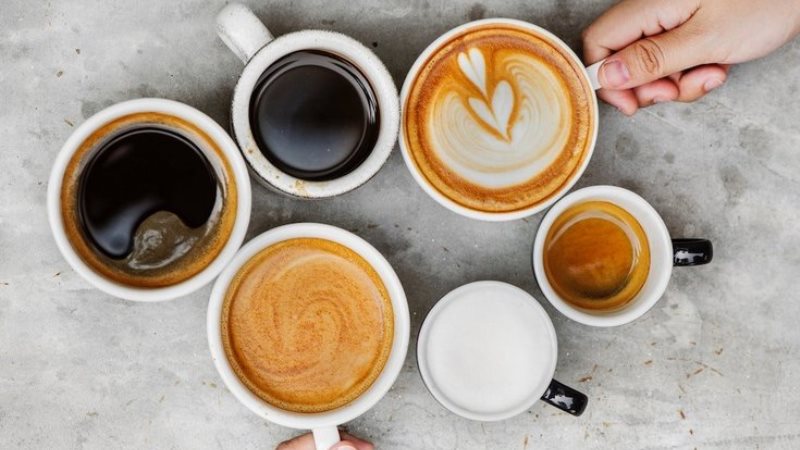 If you’re anything like me, you can’t function properly without your morning cup of coffee. Discovered more than 1,000 years ago by hungry goats roaming the hills of Ethiopia, it has become the number one source of antioxidants in the U.S. diet. Black tea, bananas, dry beans and corn round out the top five. Once a health pariah blamed for everything from stunted growth, to heart disease, to making you visit the bathroom more often, coffee is now making a comeback. Three new studies were published this year alone touting it’s health benefits. But can a latte a day really keep the doctor away? Here is some evidence that suggests the answer is, “Yes!”

A study published in the April edition of the International Journal of Sport Nutrition and Exercise Metabolism says that coffee can dull the pain of athletic exertion.

University of Illinois kinesiology and community health professor Robert Motl, a former competitive cyclist, divided 25 fit, college-aged men into two groups – coffee drinkers and non coffee drinkers – and gave them 5 milligrams of caffeine or a placebo. 5 mg is the equivalent of two to three cups of coffee. One hour later, he put them through a high-intensity 30-minute workout on a stationary bike. Recording the subjects’ perceived muscle pain, along with their oxygen consumption, heart rate and work rate, Motl was surprised to discover that both the coffee drinkers and the non coffee drinkers experienced the same amount of pain reduction.

“Researchers speculate that it’s because caffeine works on the adenosine neuromodulatory system in the brain and spinal cord, which is heavily involved in pain processing,” said Cynthia Sass, a registered dietician board certified as a specialist in sports dietetics.

So, what does this mean for you the next time you hit the gym? Coffee lover or not, everyone might benefit from a little caffeine before a workout. Although more research needs to be done, Motl hopes that in the future the use of caffeine as a pain reducer might encourage people who would have quit exercising because of the pain to stick with their workouts.

Your morning cup of java might help keep your memory sharp. A study done on lab mice bred to develop Alzheimer’s disease found that mice given caffeine in their daily drinking water performed better on memory and thinking tests than mice given just plain water. Thought to decrease inflammation in the brain, caffeine reduces the level of a protein found in plaque in the brains of people with Alzheimer’s disease.

The mice were given 500 milligrams of caffeine in the study. “[In comparison], 8 ounces of fresh brewed coffee has 95 milligrams,” said Sass. “A 16 oz. Starbucks Caffe Latte has 150 milligrams, 1 oz. of espresso has 64 milligrams and 8 oz. black tea has 47 milligrams.” While 500 mg might look like a lot, it’s actually the equivalent of 2 1/2 Grandes a day at your local Starbucks. And while that’s a bit more coffee than most people have in the morning, it’s not an excessive amount.

The study, which appeared in the July 5 online edition of the Journal of Alzheimer’s Disease, was conducted over a two-month period and it’s not known whether or not the changes in the mice were permanent www.w88bets.net. Researchers plan to conduct more studies, including human trials, to see if caffeine can benefit people with early signs of Alzheimer’s.

A study conducted by the Harvard School of Public Health, involving more than 125,000 men and women who were free of diabetes, cancer and cardiovascular disease, concurred with the Finnish study. Some 41,934 men and 84,276 women were tracked over a span of more than 12 years. They were given food questionnaires every two to four years that assessed both their regular and decaffeinated coffee intake. Both groups lowered their diabetes risk, with the men lowering their risk more than the women by 20 percent.

“This is good news for coffee drinkers, however, it doesn’t mean everyone should run out for a latte,” said Frank Hu, senior author of the study and an associate professor of nutrition and epidemiology at the Harvard School of Public Health. “We still don’t know exactly why coffee is beneficial for diabetes, and more research is clearly needed.”

Whatever the mystery ingredient is in coffee that reduces diabetes risk, that ingredient isn’t caffeine. While it is known to raise blood sugar and increase energy expenditure in the short-term, its long-term effects are still not well understood.

In 2008, Duke University researcher James D. Lane, Ph.D. discovered in a small, 10 patient study that caffeine can actually increase blood sugar levels in people who already have type 2 diabetes. Dr. Lane and his colleagues monitored the blood sugars of the diabetes patients after giving them 250 mg caffeine capsules at breakfast and lunch, equal to two cups of coffee, at each meal. The same people were given placebos on another day. The result? Blood sugar levels spiked by 8 percent on the days the patients were given the caffeine pills and their blood sugar spiked higher after every meal, including dinner, on those same days compared to the days they had no caffeine.

So, what is a person to do if they have diabetes, or are at high risk, and want to enjoy their favorite morning cup of joe? Try decaf instead. Decaffeinated coffee might actually help people control their blood sugar and, although it’s effects are weaker than regular coffee, it is also beneficial.

Ladies, listen up! Coffee might put you in the mood more often. Scientists from Southwestern University have found that caffeine increases libido in female rats. 108 rats given a moderate dose of caffeine 30 minutes before mating were quicker to return to their male counterparts for a second romp than uncaffeinated females. And they weren’t shy about it either. Instead of wandering about aimlessly on a caffeine buzz, the females specifically sought out the males, seemingly not to burn extra energy but to initiate sex, and weren’t interested in socializing with other female rats.

The Pharmacology, Biochemistry and Behaviour journal study says the effect was caused by caffeine stimulating the part of the brain that regulates arousal.

But before women everywhere start stocking up on Taster’s Choice to improve their sex life, not so fast! For the rats in the study, that dose of caffeine was their first. Researchers say that a similar effect is likely only in women who do not drink coffee regularly. Many women consume caffeine on a daily basis, whether it’s through coffee or soft drinks, and are unlikely to see any sexual enhancement. But women who drink caffeine once a week or less might.

While coffee might not be ready to replace chocolate and oysters as the next big aphrodisiac, researchers hope the study will help improve understanding about the relationship between the brain and sexual behavior, and might one day be used to help treat sexual dysfunction.

Surprise! Coffee can actually be good for your breath. Even the scientists who conducted the study at Tel Aviv University in Israel earlier this year were surprised. In findings presented to members of the International Society for Breath Odor Research in Germany, breath specialist Mel Rosenberg found an extract in coffee can inhibit the bacteria that lead to bad breath, making their presence neither felt nor smelt.

Rosenberg’s team took saliva and incubated it with different brands of coffee, thinking it would produce a terrible odor. Instead, it did the opposite. The real culprit behind the infamous “coffee breath?” Rosenberg says coffee has a dehydrating effect on the mouth and, when mixed with substances like milk, it can ferment and cause bad breath.

Rosenberg, who also created the popular mouthwash Dentyl pH, wants to isolate the bacteria-inhibiting molecule in order to use it’s anti-bacterial properties. If successful, we could soon see coffee-based mouthwash, toothpaste and chewing gum on store shelves.

Despite coffee’s health benefits, it’s important to remember that caffeine is a naturally-occurring drug, but a drug nonetheless, and consuming too much of it can have some unpleasant side effects. Some of those side effects include rapid heart rate, palpitations, insomnia, restlessness, nervousness, nausea and diarrhea. Caffeine can increase blood pressure, especially in people with hypertension, although regular coffee drinkers might build a small amount of tolerance to the effect. It can interfere with some prescription medications. And, some studies suggest, five or more cups of coffee a day can increase your risk of coronary heart disease.

Women who are pregnant, or thinking of getting pregnant, might want to consider quitting as well. “Some studies have found a significant association between very high caffeine intakes, particularly from coffee, and the risk of spontaneous abortion, and several studies found that maternal caffeine intakes ranging from 200-400 mg/day were associated with decreases in babies’ birth weights of about 3.5 oz.,” said Cynthia Sass.

Also, if you’re not getting enough sleep, coffee might make the situation worse. Most adults need seven to eight hours of sleep each night. Sleep loss is cumulative, and too much of it can turn into sleep deprivation. Using coffee to mask the sleep deprivation can lead to a vicious cycle of drowsy days and sleepless nights, shortening the length of time you sleep and increasing the number of times you wake up during the night. Then, when you wake up the next day, you crave that morning jolt of caffeine and the cycle starts again.

So, what can you do if you want to cut back? Do it gradually, for starters. Try drinking one less soda or coffee per day to get your body used to lower amounts of caffeine. Cutting out the caffeine too quickly can lead to withdrawals, which can last for a few days and include such symptoms as headaches, fatigue, drowsiness, irritability, difficulty concentrating and depression. You can also try switching to decaf, but keep in mind that decaf does actually contain caffeine! A study in 2006 found that if someone drinks five to 10 cups of decaf, it would equal about one or two cups of caffeinated coffee.

As with a lot of things in life, moderation seems to be the key when it comes to your daily java. Most researchers seem to agree that two to four cups of coffee a day can’t hurt, and might even help. So, drink up coffee lovers! Here’s to your health!